Why Place Such a Strong and Focused Emphasis on Place-based Community Building? 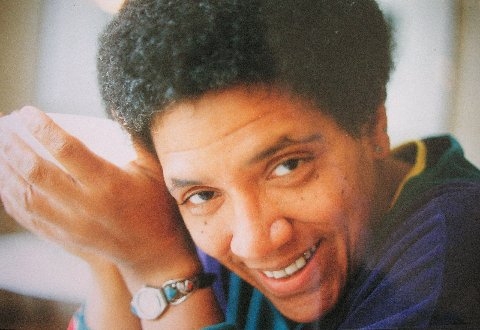 “Without community, there can be no liberation”. Audre Lorde. Despite this fact, most approaches advanced by many Governmental and Non-Governmental agencies alike, fail to be place-based and do not directly address disconnection, which is to say they do not go to the root of these problems. Preferring instead the futile and non-sustainable approaches that seek to address only the symptoms. Addiction, youth issues, the challenges synonymous with ageing populations, poor health outcomes and health inequality, public safety issues, ecological and environmental threats, and economic crisis all require a more concerted approach that builds on indigenous capacities to co-create a better future at local level. In other words, a community building process is required. That community-building process must come from inside out of the communities, where people live, sleep and work. Currently the solutions that dominate are top-down, and outside in. ABCD in action: Croydon. Darren Randon. Click on the image to see his interview

However, over the last twenty years (at least), instead of supporting the building of communities at neighbourhood level, many helping organizations have unintentionally done the opposite. Instead of supporting citizens to organize and come together as the primary inventors in their local communities and in democracy more generally, some professionals have endeavoured to become the inventors themselves. Though well intentioned, through programmes, services and interventions many Public Sector and Third Sector organisations have treated the people they serve as passive recipients, instead of as citizens at whose pleasure they serve.

Hence today, the most pressing challenge facing the Public Sector and Third Sector alike is not to turn active citizens into satisfied clients; it is in fact the opposite: to support people to make the return journey from being clients to being citizens, as the primary producers of a future better than the past. While this is a perennial task, the urgency of rebooting Government, and Non Governmental partners to this task could not be greater. I am pleased to report that the interest in developing this way of working is high. ABCD in action: Wirral. Phil Dickson. Click on the image to see his interview

Now more than ever we need to reboot Local Government and helping agencies so that they can re-orientate themselves towards their primary function: to support citizenship and community building. Placing the provision of services and programmes in an important but non-dominant position to community building is critical to the future of local democracy. The current assumption that services and programmes will be sufficient in addressing our most pressing challenges is ubiquitous at almost every level of society. The issue is not just that these technocratic programmes are not always fit for purpose; it is more fundamental than that.

The assumption that the provision of better services is commensurate with increased individual and population wellbeing is misguided and runs contrary to great preponderance of scientific evidence.

Epidemiology (the scientific study of what determines human wellbeing) for example is clear that the primary determinants of our wellbeing are:

David Best for example does a good job of setting out the importance of social networks in determining health generally, here http://youtu.be/55FrnYliIKM

His central point is that the great preponderance of evidence shows that when it comes to recovery it is the accumulation and the consolidation of community assets that matter far more than the management of pathologies.” ABCD in action: Croydon. Pam Cumberbatch. Click on the image to see her interview

In short, our community assets primarily determine the extent to which we are well and how quickly we recover when unwell. Of course institutions have a role to play in supporting our wellbeing but it is not a primary one. Institutions are not the primary producers of our health, wellbeing, wisdom, prosperity, justice or democracy; communities are.

Over the last two decades however, in the areas of health and wellbeing, social care, education, local economics, environment, justice and public safety the primary role of community assets has been relegated to second place, with services and programmes in the ascendency as the dominant drivers. Institutions have taken the place of citizens as the primary inventors of the solutions to social and political problems. Accordingly, health, which is primarily a social and political matter, has come to be thought of as a medical one, and technocratic solutions have come to be considered more desirable and trustworthy than the tacit knowledge of citizens and communities. ABCD in action: Croydon. Karen Barnett and Paul Macey. Click on the image to see their interview

Indeed across a wide range of issues, from gang crime to dementia, the dominant assumption is that where a social problem exists, generating a solution is the primary responsibility of one institution or other (and more recently of a cluster of institutions working in concert). Yet the evidence clearly shows that this sequence is not only out of whack with what science tells us it is also counterproductive, in that instead of empowering citizens and communities, it is increasing dependency on institutions (instutionalisation) and decreasing interdependency in community life. Ultimately, it defines democracy as Government centric, instead of citizen centered. Some of the places where Nurture Development is currently working in the UK. You can click on the image to make it larger

A movement of citizens and civic-minded public servants in the United Kingdom, the Netherlands, Sweden, and Australia is gathering pace and they are growing in their resolve to face this challenge.

Most recently in Australia, inspired by an approach that we at Nurture Development have stewarded across the UK, a number of Local Governments, Community Banks and Third Sector organisations are eager to advance a process that restores a balance between services and community building.

The innovation of this approach is that instead of attempting to reform institutional systems, services and programmes, it emphasises the need to expand civic space and authority in community to grow interdependency and collective agency. Stronger communities in turn hold their agencies, leaders and governments to account, and form meaningful partnerships to co-produce change. But they also take ownership of the civic work that communities do best.

Helping communities make the invisible visible is therefore the first step. We believe this can be achieved by supporting interested neighbourhoods to employ a community builder; their primary role is to serve the community. Put simply, they will not have any pre-engagement agendas as defined by outside agencies, such as health, youth, ageing well etc., their brief is just to connect, across parts of the neighbourhood.

This is a radical form of inclusion that seeks to grow interdependence in community life and reduce institutionalization among those who have become most marginalized.

If this is of interest to you please contact me directly at cormac@nurturedevelopment.org “Revolution is not capturing institutions, it is discovering free space and enlarging it”. Paul Goodman.