The Paradox of the Marketplace

The paradox of the marketplace is that even when we are not wanted as producers, we’re needed as consumers.

It promotes forms of production and consumption that discourage people from developing capacity to look after themselves and each other. Independence from services and interdependence in community life are actively discouraged.

At its core the modern ‘marketplace’ is perfectly organised to give more to those who have the most, by taking from those who the have least, hence the increasing differential between rich and poor.

As wealth gets firmly lodged in the hands of ever fewer, the conditions for a rise in totalitarianism in industrialised countries ferment. And indeed as the economy becomes more disconnected from society the rise in unemployment, indebtedness and inequality becomes inevitable. 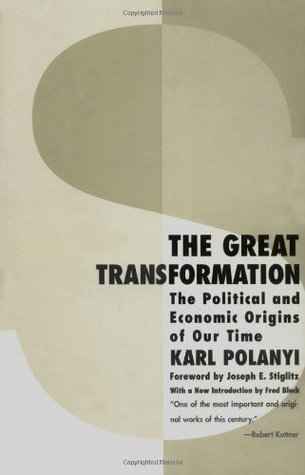 Still the root of this political and social dis-ease is not the economy per se. As Polyani argues in ‘The Great Transformation: The Political and Economic Origins of Our Time‘ the fundamental issue is that the economy is no longer embedded in society. Adding insult to injury it is furthermore true to say, society has become actively marginalised by economic imperatives.

This marginalised position is both the problem and the necessary starting point for a societal resurgence. To borrow from Community Organising parlance: ‘the master will never use his own tools to tear down his own house’, hence the change has to come grassroots up and involve us as consumers stepping into our own power as citizens.

There are three categories of assets that can help us instead to mobilise from the inside out, not so much to reform economic systems but to de-centre the economy to re-centre community and enlarge the commons.

When it comes to growing civic power there’s a fundamental choice, and the choice relates to sequence. Do we start with a focus on changing external (assets) forces, or with our primary assets and work outwards from there? Is it wise to put so much energy in attracting the next big company to our towns/neighbourhoods at the expense of growing small, indigenous enterprises?

This is a question of orientation. If ones orientation is in the direction of sustainable growth then there are strong, ecological, economic, social and political arguments for promoting an approach to economic development that starts from inside out. The inside out orientation sees economic development and community building as mutually reinforcing of asset-based community driven efforts. This is precisely the approach the Nebraska Community Foundation (NCF) is using. In a State where it’s reasonable to say in the past their biggest export was their children – who were and many still are out-migrating from small towns to other states to go to college and find work. But with the help of NCF the residents of many of these small towns are fighting back. They are ‘turning up their dream switch‘ with a view to figuring out how they can reverse these trends by discovering, connecting and mobilising local assets to create more vibrant economies and communities. (NCF 2016 Annual Report)

Conservative estimates (based on research conducted by NCF) suggest that if things kept going as they were, citizens of small towns across Nebraska stood to lose in excess of 60 Billion USD over the next 50 years capitalising their children’s departure – they were literally financing their own societal demise. The challenge in plugging this ‘leaky bucket’, that sees local assets spilling out of towns and regions, is to cultivate grass roots responses that enable people to use what they have to secure what they want. Reorienting 60 Billion USD so that it grows local communities, as against capitalizing the death of a thousand cuts seems like a no brainer. But until someone does the research and points out what’s actually happening, it is difficult for people to clearly see the options before them.

The work of NCF can be understood as a form of what EF Schumacher referred to as appropriate technology. What they do is not about top down service delivery. They are not about providing relief they are about facilitating community building, and they recognize that the only people who can build community are the people who live, sleep and work there.

Across the world there are so many great examples of grassroots actions that has enabled communities to grow a sufficiency economy that is lite on the planet and promotes wellbeing. In August, Peter Kenyon and I took a 600 km round trip from Kalamunda in Perth to Kulin in the Wheat Belt of Western Australia. This is the breadbasket of the country, but also the place where the paradox of the market is most apparent.

We drove past small town after small town, where populations are decreasing, then we came to Kulin where the population has nearly doubled over the last ten years.

Kulin is a community with real fight in its collective belly. In response to being literally by-passed, the first thing they did was to create what they call the ‘Thin Horse Highway’. This is an alternative route that draws traffic off the by-pass and right into the centre of Kulin. People who see these thin horses (see picture below) get intrigued and choose in sufficient number to take a detour into the town, where they stop and spend their dollars. And why wouldn’t they? It’s a town that offers the ‘Grey Nomads’ a place to park their Winebegoes, and have a free shower, as well as great place to sleep, eat and play. But Kulin is also known for the Kulin races, which attract thousands of people every year. Not to mention the Burning of the Black Swan Festival.

Kulin has also made it known that it’s a Vietnam veteran friendly town, and has also reached out to kids whose lives have been blighted by abuse and dislocation from family. They have created a space for these kids and in so doing in many ways embody the African adage that it takes a village to raise a child. Camp Kulin is a place where kids, who have no one, are adopted by an entire town.

When the local children and teenagers in Kulin said they’d love a Waterslide, the community found a way, and sourced a second-hand Waterslide from Queensland for $90,000, then figured our how to have it transported.

In Europe we can find oodles of similar examples; my favourite is the Italian region of Emilia Romagna where Co-ops produce a third of its GDP. Emilia Romagna has a population of nearly 4.5 million people, its capital city is Bologna, and from an economic perspective it is very special. About 2 out of every 3 people are co-op members. Its part of the DNA in the region, and now it is beginning to morph into a new market, the provision of social services. This is the single biggest growth area for the co-operative movement in the region. Could it be with the social values of the co-op movement, its members have the capacity to create more cost effective and care-filled alternatives to more traditional large and bureaucratic institutions? Well, yes!

I believe that everywhere, something incredible is waiting to be discovered; it’s often hidden behind the local, small and ordinary, often it’s lurking behind a crisis/problem. It’s not just in small town Nebraska, Kulin, or Emilia Romagna it’s everywhere. Yes! Even in your community. So lets get cracking!