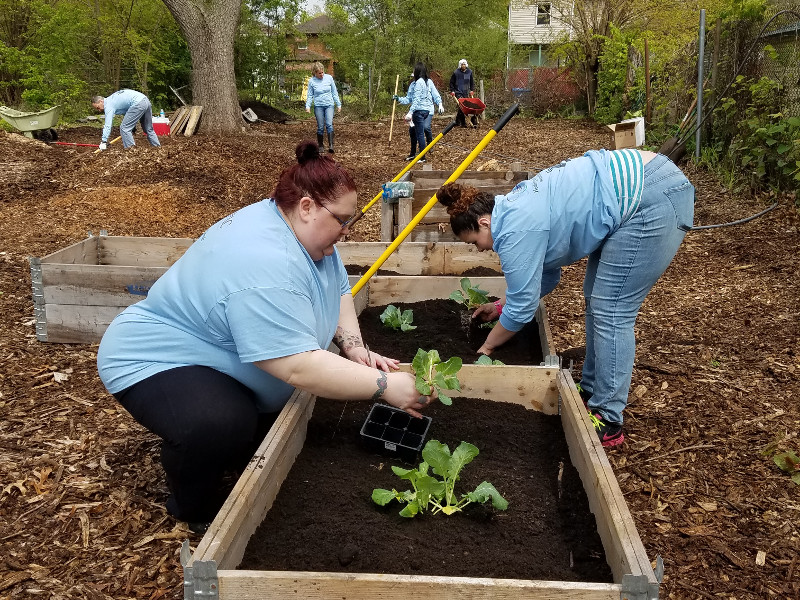 When I first watched Cormac’s TEDx Talks video entitled, “Sustainable community development: from what’s wrong to what’s strong” I felt that I had finally “found my tribe”, so to speak. His video not only bore witness to my own experiences within community change, but also led me to a wealth of operational resources iterated by his additional works, and that of the ABCD Institute. I am so thankful to have found resources that give specific directives on implementing the authenticity that I found necessary to facilitate sustainable community development.

As an agent of community change, I understand the duality that you face every day within your profession. I understand the tension of fulfilling the mission of a far-removed, though well-intentioned, entity while simultaneously trying to connect with your communities on a deep, human level in order to facilitate true, community empowerment. What I have found, is that the sincerest way to navigate this intersection is to adopt a platform of authenticity, both for the benefit of your communities, and for benefit of your organizations.

I had the fortunate experience to be propelled out of my professional guidelines early in my career as a community wellness coordinator, although, at the time I did not view this a beneficial moment. After many months of training, I was anxious to get started. I secured a spot on the agenda of an upcoming city council meeting within my “targeted” community. I couldn’t wait to describe to them how I was going to “save” their city from all that ails them.

During my introduction, I iterated about four words and was interrupted by a long-standing city council woman, who was also a native of the community. Her words to me were unforgettable, “So, are you here to justify more grant dollars for your institution by riding on the backs of the citizens of our community? Because if you are here to tell us what is wrong with our city, write it up in a report, and then leave as quickly as you blew in without the willingness to get your hands dirty along with us, you can leave right now”.

Only 2 sentences, but she was conveying much more. She was she telling me that experience taught her to be leery of outside professionals coming in to “save” her city. That without truly knowing the history, culture, traditions, and strengths of her community it would be a waste of time to develop interventions, interventions that would not work simply because they were developed outside the context of their uniqueness. That she was tired of putting effort into such interventions because not only did they waste their precious resources but that their failures would deepen the belief that the problems were the community’s identity forever.

I think she was also telling me to work alongside them. To deliver my skill set, not in a patriarchal manner, but to horizontally share it such as a tool that you might share with your neighbor. Know us, understand us, connect with us, and join us. Be more than a professional looking to validate yourself with data and short-sighted initiatives. Be a person open to learning with us, connecting with us, and empowering us. From that point forward, I adopted a more authentic way of relating to my community. I dug the earth with them for community gardens, helped to paint their community rooms, and celebrated their victories with them. I visited women’s shelters, food pantries, churches, and other grassroots organizations within the city, listening and recording the diverse perspectives, stories, and hopes for their community. I met them where they were. They became open and vulnerable with me.

And then the day came that I learned to reciprocate that vulnerability. It was during a meeting with a well-respected member of the community. I was seeking her guidance on how to further mobilize the community to tackle the food insecurity challenge prevalent in 90% of the city. Being a very kind woman, she quietly listened while I detailed the importance of the issue. When I finished speaking, she said to me, “With all due respect Terri, how is someone like you ever going to be able to understand being hungry? Because from looking at you and knowing that you have this professional career, I cannot imagine that you have ever had to worry about where your next meal came from. I know that you mean well, but how can you fully understand our situation?”

Ugh. I knew I had a story to tell, but, boy, I did not want to tell it. You see, what no one knew about me was that I also grew up knowing how it felt to be hungry. Four children in a household headed by a single mother who had dropped out of high school to take a minimum wage factory job that always seemed to equal a shortage of money. There were many nights I remember going to bed with my stomach growling because we could not afford enough to eat. I knew how it felt to be hungry, but I didn’t want anyone else to know that about me.

After listening to my story she looked at me and said, “I did not realize that we had so much in common. I am so sorry that you went through that. I will help you in any way that I can.” Although it was hard, being vulnerable with her fostered a strong connection between us. With her assistance, I connected relevant members of the community with one another so that we could begin working on the food insecurity challenge.

We conducted numerous open dialogues and from those conversations, I learned that the lack of nutritious foods in most of the citizen’s diets was not due to a lack of desire to eat healthier. But in reality, was a transportation issue. There were only a few small grocery stores in the area so many residents took the bus to neighboring communities to buy their goods. If you have ever ridden a bus you know that you can only carry so many bags back with you, which caused many riders to only buy what was necessary. Heavy fruits and vegetables were quickly deemed not worth the effort. I began to wonder how much money was leaving the city in the form of lost grocery dollars. After some research I discovered that $42 million dollars a year was leaking out of the city in the form of lost grocery dollars. An initiative was developed between the city, the transportation system, and a group of community farmers to try and reclaim those lost dollars. The plan included building a series of low-cost, “pop-up” farmers markets along the bus routes within the city. These pop up markets would supply the much desired fruits and vegetables; and the nearby, neighborhood locations of the markets would lessen the burden of carrying produce long distances. That initiative was created three years ago. Today, it has grown into a branded movement with additional market locations, and, the implementation of a mobile produce unit. The best part… it is a system based upon pre-existing assets that has now become completely community operated and directed.
As a professional, I arrived within my community with pre-determined guidelines and a background of skills and technical knowledge. But I had to learn how and when to deliver them in the method best for my community. I had to take the established directives of my institution, filter them through my heart, and deliver them within the context, roots, history, culture, and assets of the community. The only way to truly discover what was best for my community was to become OF my community.

In addition, I had to be authentic with my institution by communicating to them that the real key to developing successful interventions could not solely be found in the identification of a community’s challenges, but in the creation of real, authentic connections. Because it was the connections that fostered community-driven interventions, interventions whose successes are evidenced by their survival, even after we, the professionals, are gone. My organization has begun to incorporate operational guidelines that encourage community involvement, community network creation, and relationship building. In addition, we must demonstrate how a planned initiative will be sustainable after we are no longer within the community.

By their very nature, institutions are often far-removed from the communities in which they serve. Without our input, they will continue to be left to design their own methods of operation and definitions of success. As professionals we have the ability to gain “non-traditional” knowledge about our communities first hand. We must use this information to help our institutions to become more life-like, to ebb and flow, and to fine-tune their methods of operating to enable deeper, more authentic connections to their communities. To not do so will only lead to more initiatives that are incompatible with the communities they were intended to serve. And when those initiatives fail, we have wasted limited resources, dashed hopes, and propelled the idea of self-empowerment beyond the vision of the citizens.